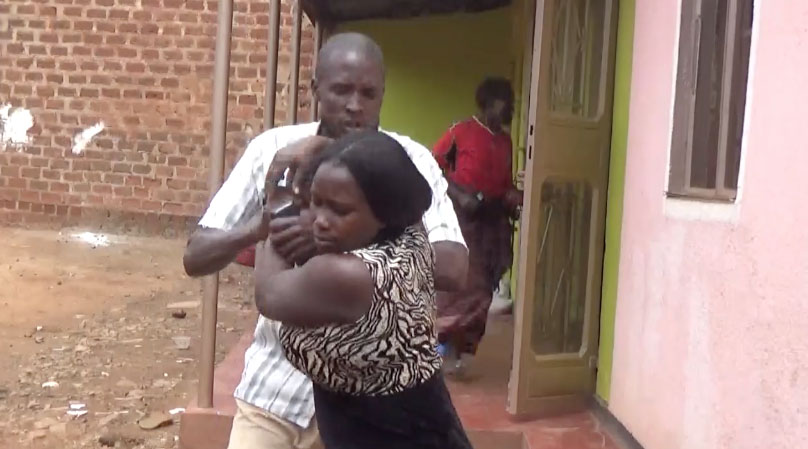 Ssengendo Karim head of security Nabweru north was called hurriedly to Kazinga village to save George Wilson Mulindwa Balinya whose children were about to lynch after throwing out their witchcraft instruments.

On his arrival, the charged family attacked Ssengendo forcing him to call the police for assistance.

Led by their mother the group started to fight against mediators by throwing stones at them.

Mulindwa’s children who had planted a shrine in his home, fought to reestablish it after he threw out everything related to witchcraft and put down the shrine.

When Ssengendo decided to detain a fierce lady at Nabweru police station, the father turned against him and almost hit him with a spade stating that the children were fighting with their father, which is none of Ssengendo’s business.