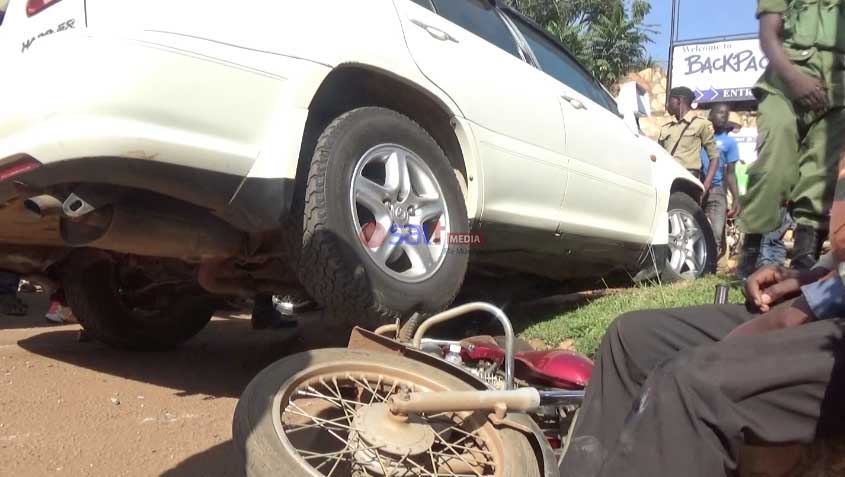 An accident occurred this morning at Lungujja next to the police station when a Car driver of UAN 291K Harrier lost control and crashed into the Boda Boda cyclists.

The Harrier driver was coming from Mengo heading to Lungujja, it is alleged that the driver was drunk and driving while talking on the phone at the same time.

The accident interfered with the traffic flow causing traffic jam despite the police efforts to restore the situation to normal.

Despite being in the city, the casualties lingered for long at the scene, which angered the cyclists and they opted to block the road as a way of getting the police attention.

In due course the KCCA officials arrived with a truck to pick their worker who was among the casualties, this angered the public as the city council picked only their employee leaving other accident victims suffering on the road.